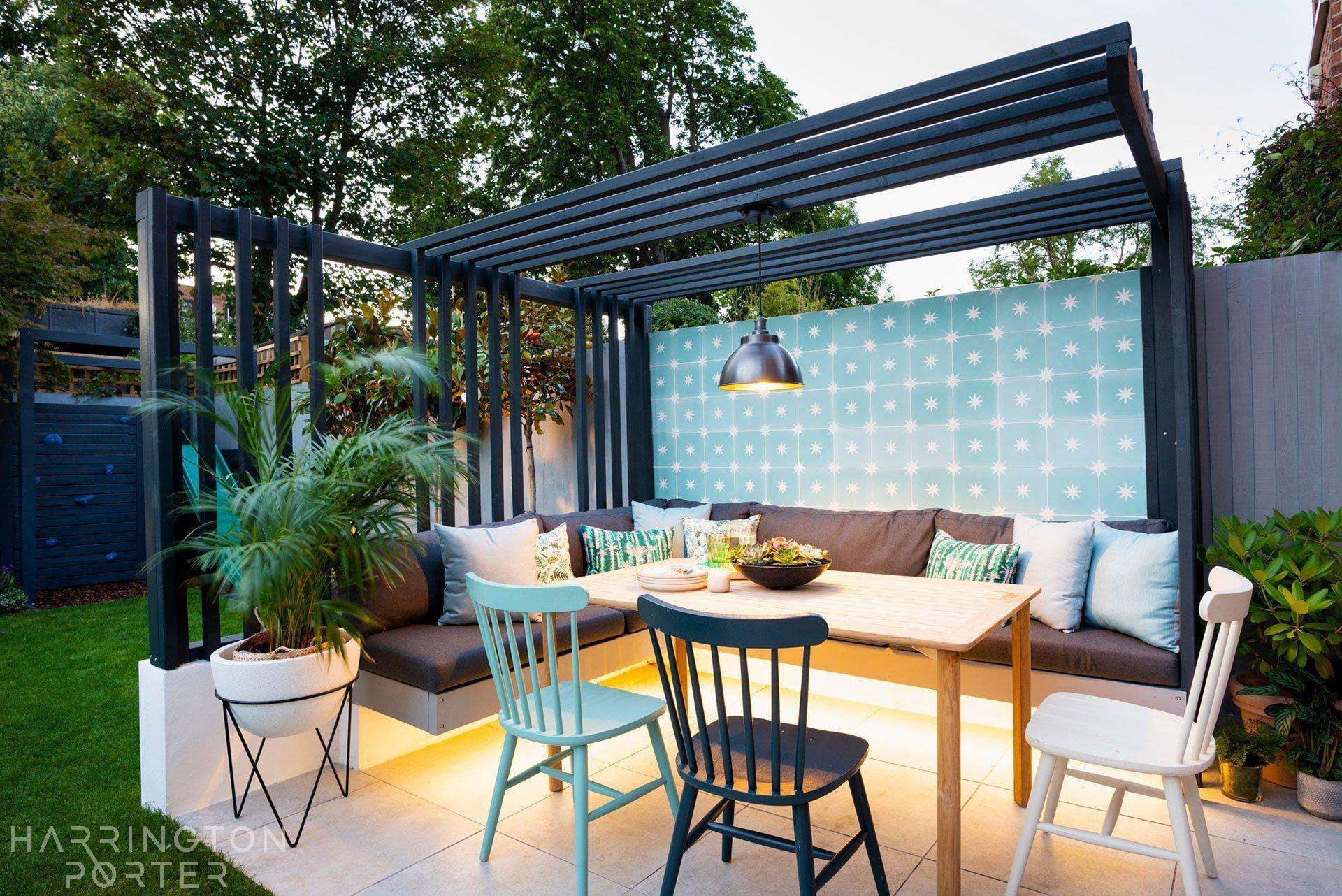 To create a cool and contemporary family garden to cater for all ages.

Maintaining a sense of style whilst including a play area for 3 young girls.

We were approached by this busy family of five, to create a garden that worked for all members of the family.

It had to include a comfortable and attractive area for family dining, but also facilitate a casual drinks and relaxation area.

Therefore, a balance was needed between creating seating for 8-10 people that wouldn’t overwhelm.

We also chose on the left-hand shadier side of the garden to build a designated cooking area and whilst an integrated BBQ was decided against, in favour of a free standing Webber BBQ, they did still want useable workspace and storage.

Next was the challenge of how to build a large children’s play structure that would stand the test of time as the three girls grew up and yet would not dominate the views from inside the house, nor take over the whole garden.

Key to our solution for this was the architectural bespoke pergola and screening of the first third of the garden and how it related both in colour and material to our play structure. Factoring in also a children’s den which we found easier to beautify than your standard climbing frame. 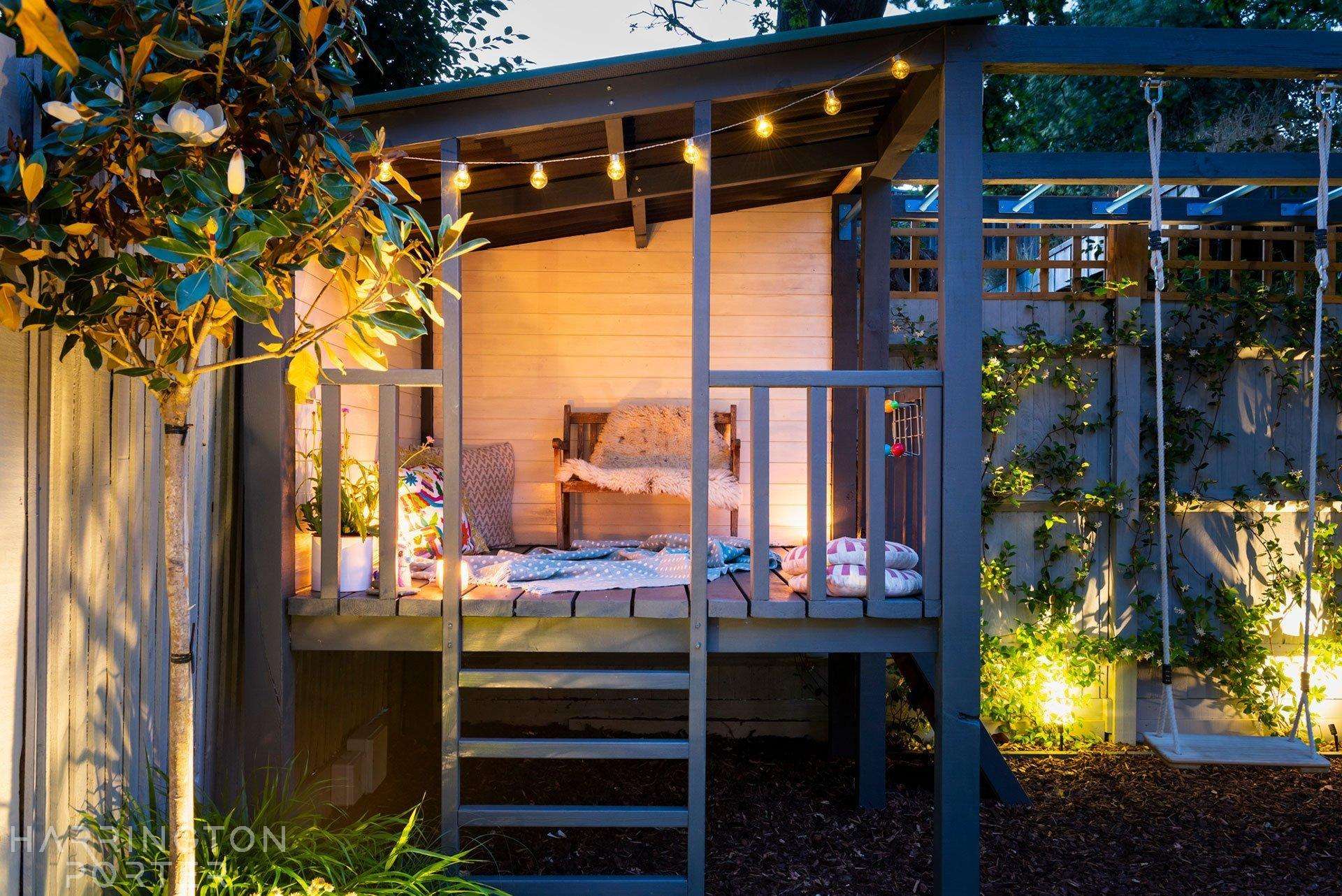 “I cannot begin to tell you what an impact this garden has had on our lives. We would not have survived Lockdown without it! The whole process has been a joy from start to finish – on time, on budget and on point!”

We chose strong colours for the fencing and the other timber structures in the garden and offset this with pops of contemporary colour by way of tiling, plant choice and soft furnishings .

The planting structure was created by feature lollipop trees, with underplanting of colourful perennials.

Lighting was key, for all year round use and this comprised of tree uplight, a circuit of spike lights and practical wall lights for the kitchen area and a bespoke powder coated pendant light.

There are elements in this design that give a real feeling of ‘outdoors-in’.

We have sought to create a genuinely comfortable entertaining area with padded bum and back cushions custom made for the deep L shaped seat.

The pendant light picks up from the interior and combined with the overhead structure creates a seductive seating area which encourages regular use.